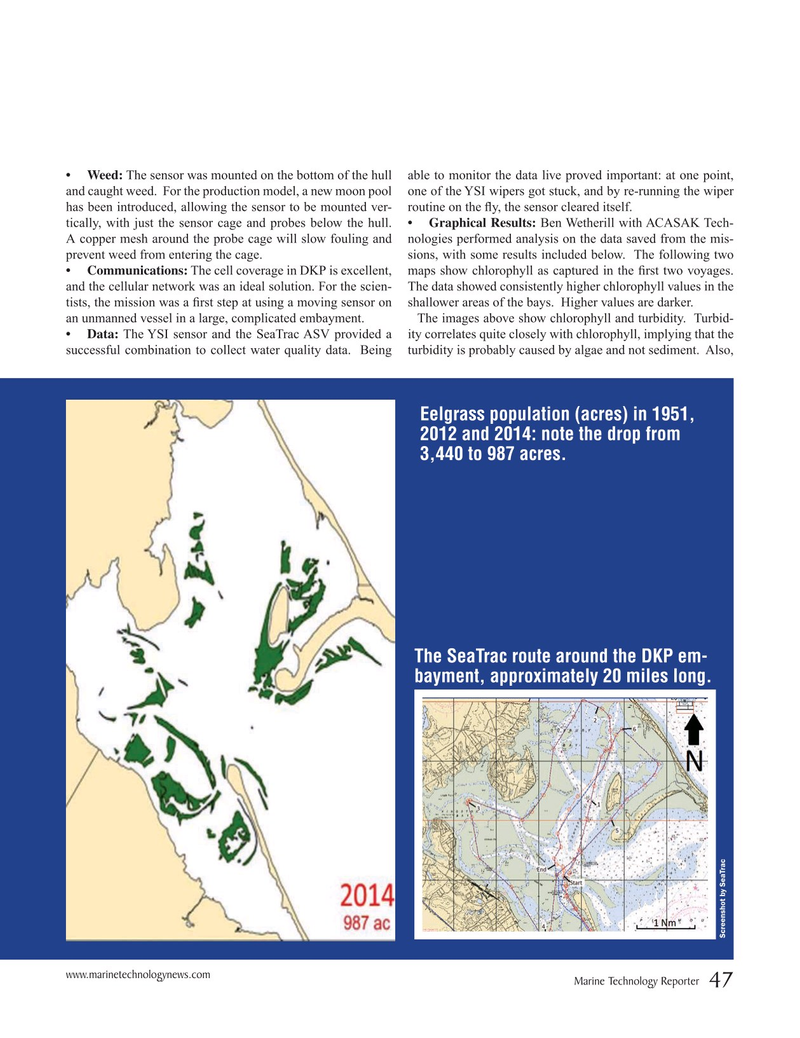 • Weed: The sensor was mounted on the bottom of the hull able to monitor the data live proved important: at one point, and caught weed. For the production model, a new moon pool one of the YSI wipers got stuck, and by re-running the wiper has been introduced, allowing the sensor to be mounted ver- routine on the ? y, the sensor cleared itself.

tically, with just the sensor cage and probes below the hull. • Graphical Results: Ben Wetherill with ACASAK Tech-

A copper mesh around the probe cage will slow fouling and nologies performed analysis on the data saved from the mis- prevent weed from entering the cage. sions, with some results included below. The following two • Communications: The cell coverage in DKP is excellent, maps show chlorophyll as captured in the ? rst two voyages. and the cellular network was an ideal solution. For the scien- The data showed consistently higher chlorophyll values in the tists, the mission was a ? rst step at using a moving sensor on shallower areas of the bays. Higher values are darker.

an unmanned vessel in a large, complicated embayment. The images above show chlorophyll and turbidity. Turbid- • Data: The YSI sensor and the SeaTrac ASV provided a ity correlates quite closely with chlorophyll, implying that the successful combination to collect water quality data. Being turbidity is probably caused by algae and not sediment. Also,