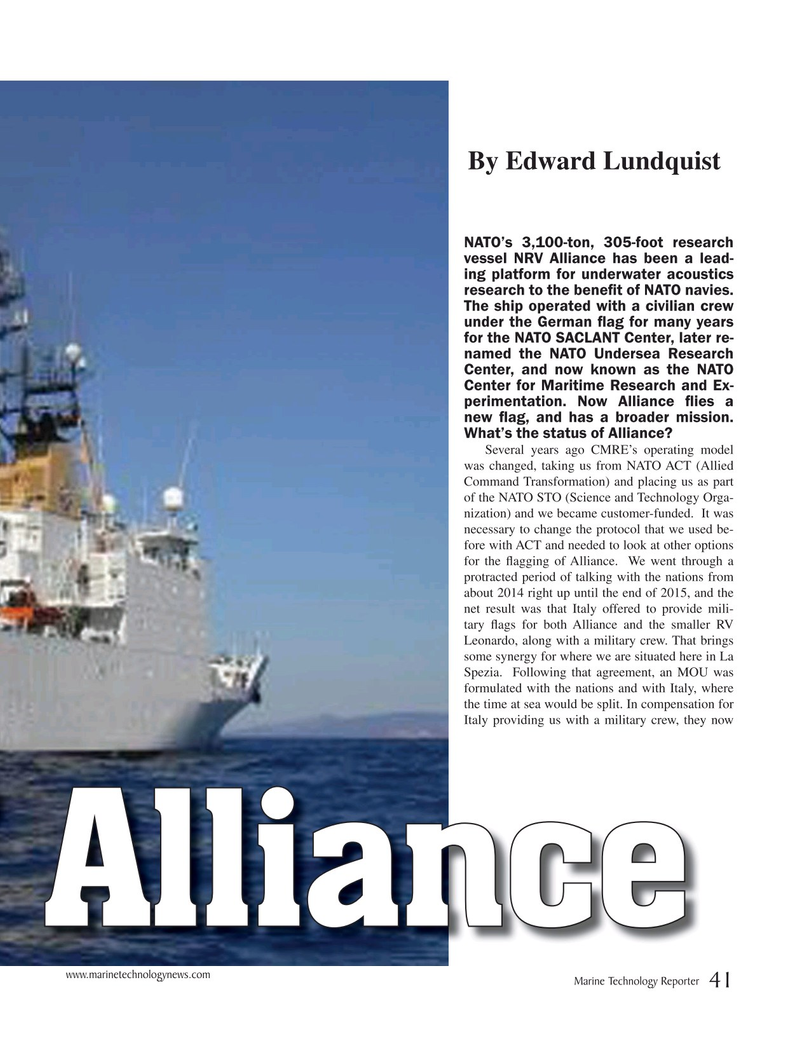 The ship operated with a civilian crew under the German ? ag for many years for the NATO SACLANT Center, later re- named the NATO Undersea Research

Center, and now known as the NATO

Center for Maritime Research and Ex- perimentation. Now Alliance ? ies a new ? ag, and has a broader mission.

What’s the status of Alliance?

Command Transformation) and placing us as part of the NATO STO (Science and Technology Orga- nization) and we became customer-funded. It was necessary to change the protocol that we used be- fore with ACT and needed to look at other options for the ? agging of Alliance. We went through a protracted period of talking with the nations from about 2014 right up until the end of 2015, and the net result was that Italy offered to provide mili- tary ? ags for both Alliance and the smaller RV

Leonardo, along with a military crew. That brings some synergy for where we are situated here in La

Spezia. Following that agreement, an MOU was formulated with the nations and with Italy, where the time at sea would be split. In compensation for

Italy providing us with a military crew, they now