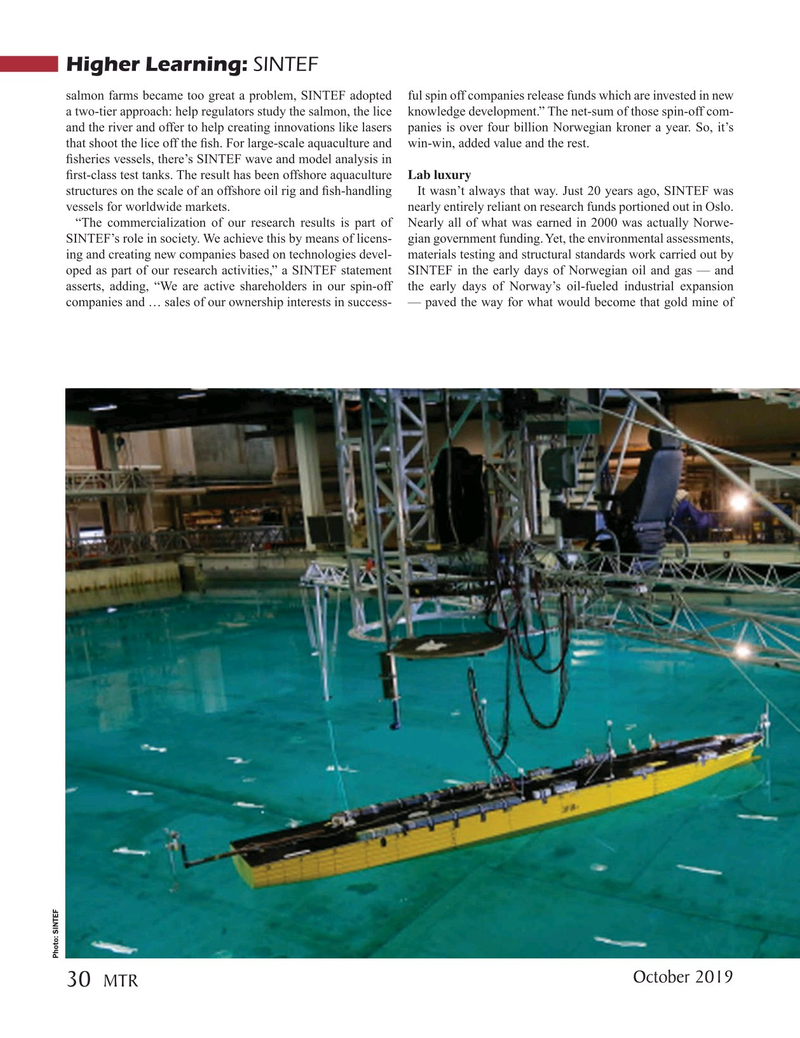 Higher Learning: SINTEF salmon farms became too great a problem, SINTEF adopted ful spin off companies release funds which are invested in new a two-tier approach: help regulators study the salmon, the lice knowledge development.” The net-sum of those spin-off com- and the river and offer to help creating innovations like lasers panies is over four billion Norwegian kroner a year. So, it’s that shoot the lice off the ? sh. For large-scale aquaculture and win-win, added value and the rest.

? sheries vessels, there’s SINTEF wave and model analysis in ? rst-class test tanks. The result has been offshore aquaculture Lab luxury structures on the scale of an offshore oil rig and ? sh-handling It wasn’t always that way. Just 20 years ago, SINTEF was vessels for worldwide markets. nearly entirely reliant on research funds portioned out in Oslo. “The commercialization of our research results is part of Nearly all of what was earned in 2000 was actually Norwe-

SINTEF’s role in society. We achieve this by means of licens- gian government funding. Yet, the environmental assessments, ing and creating new companies based on technologies devel- materials testing and structural standards work carried out by oped as part of our research activities,” a SINTEF statement SINTEF in the early days of Norwegian oil and gas — and asserts, adding, “We are active shareholders in our spin-off the early days of Norway’s oil-fueled industrial expansion companies and … sales of our ownership interests in success- — paved the way for what would become that gold mine of