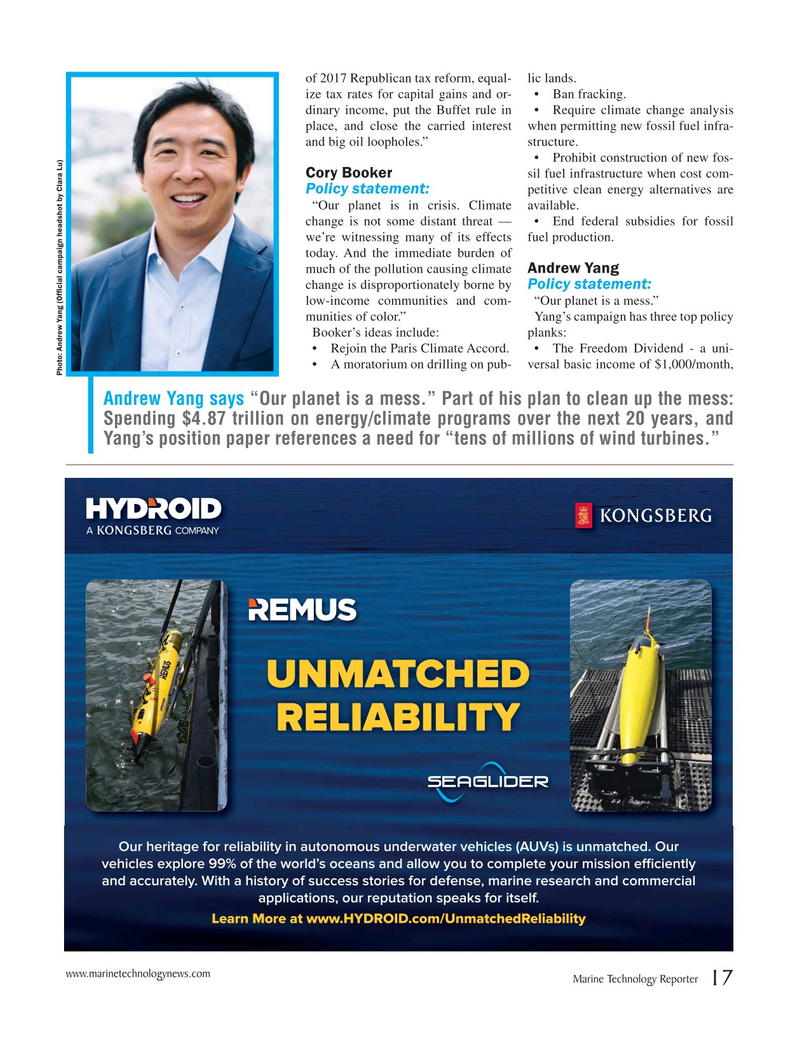 ize tax rates for capital gains and or- • Ban fracking.

change is not some distant threat — • End federal subsidies for fossil we’re witnessing many of its effects fuel production.

today. And the immediate burden of much of the pollution causing climate Andrew Yang change is disproportionately borne by Policy statement: low-income communities and com- “Our planet is a mess.” munities of color.” Yang’s campaign has three top policy

Booker’s ideas include: planks: • Rejoin the Paris Climate Accord. • The Freedom Dividend - a uni- • A moratorium on drilling on pub- versal basic income of $1,000/month,

Andrew Yang says “Our planet is a mess.” Part of his plan to clean up the mess:

Spending $4.87 trillion on energy/climate programs over the next 20 years, and