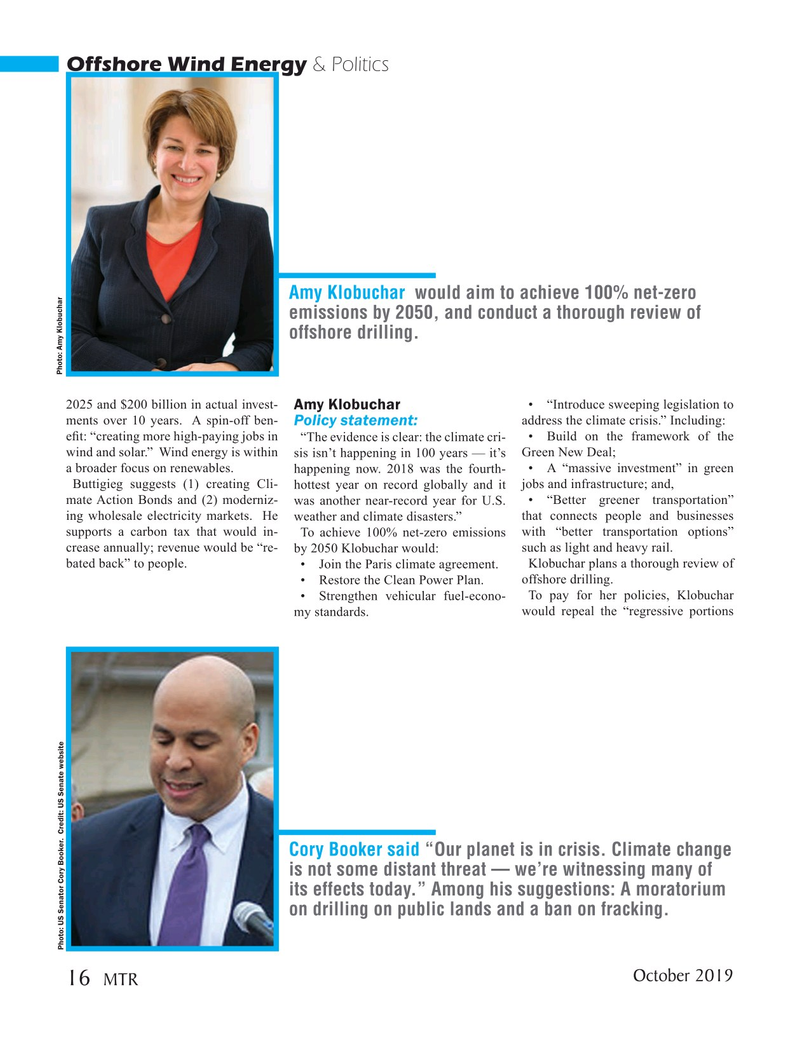 Amy Klobuchar would aim to achieve 100% net-zero emissions by 2050, and conduct a thorough review of offshore drilling.

Amy Klobuchar ments over 10 years. A spin-off ben- address the climate crisis.” Including:

Policy statement: e? t: “creating more high-paying jobs in “The evidence is clear: the climate cri- • Build on the framework of the wind and solar.” Wind energy is within sis isn’t happening in 100 years — it’s Green New Deal; a broader focus on renewables. happening now. 2018 was the fourth- • A “massive investment” in green

Buttigieg suggests (1) creating Cli- hottest year on record globally and it jobs and infrastructure; and, mate Action Bonds and (2) moderniz- was another near-record year for U.S. • “Better greener transportation” ing wholesale electricity markets. He weather and climate disasters.” that connects people and businesses supports a carbon tax that would in- To achieve 100% net-zero emissions with “better transportation options” crease annually; revenue would be “re- by 2050 Klobuchar would: such as light and heavy rail.

• Strengthen vehicular fuel-econo- To pay for her policies, Klobuchar my standards. would repeal the “regressive portions

Cory Booker said “Our planet is in crisis. Climate change is not some distant threat — we’re witnessing many of its effects today.” Among his suggestions: A moratorium on drilling on public lands and a ban on fracking.