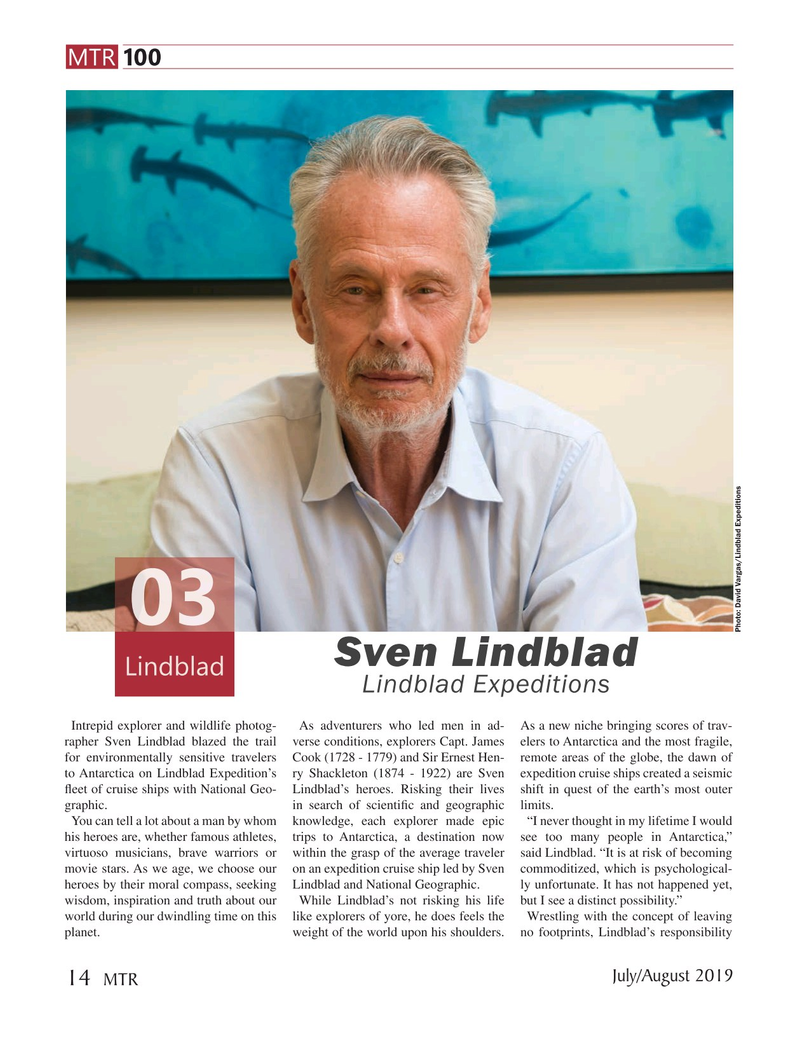 Intrepid explorer and wildlife photog- As adventurers who led men in ad- As a new niche bringing scores of trav- rapher Sven Lindblad blazed the trail verse conditions, explorers Capt. James elers to Antarctica and the most fragile, for environmentally sensitive travelers Cook (1728 - 1779) and Sir Ernest Hen- remote areas of the globe, the dawn of to Antarctica on Lindblad Expedition’s ry Shackleton (1874 - 1922) are Sven expedition cruise ships created a seismic ? eet of cruise ships with National Geo- Lindblad’s heroes. Risking their lives shift in quest of the earth’s most outer graphic. in search of scienti? c and geographic limits.

You can tell a lot about a man by whom knowledge, each explorer made epic “I never thought in my lifetime I would his heroes are, whether famous athletes, trips to Antarctica, a destination now see too many people in Antarctica,” virtuoso musicians, brave warriors or within the grasp of the average traveler said Lindblad. “It is at risk of becoming movie stars. As we age, we choose our on an expedition cruise ship led by Sven commoditized, which is psychological- heroes by their moral compass, seeking Lindblad and National Geographic. ly unfortunate. It has not happened yet, wisdom, inspiration and truth about our While Lindblad’s not risking his life but I see a distinct possibility.” world during our dwindling time on this like explorers of yore, he does feels the Wrestling with the concept of leaving planet. weight of the world upon his shoulders. no footprints, Lindblad’s responsibility July/August 2019 14