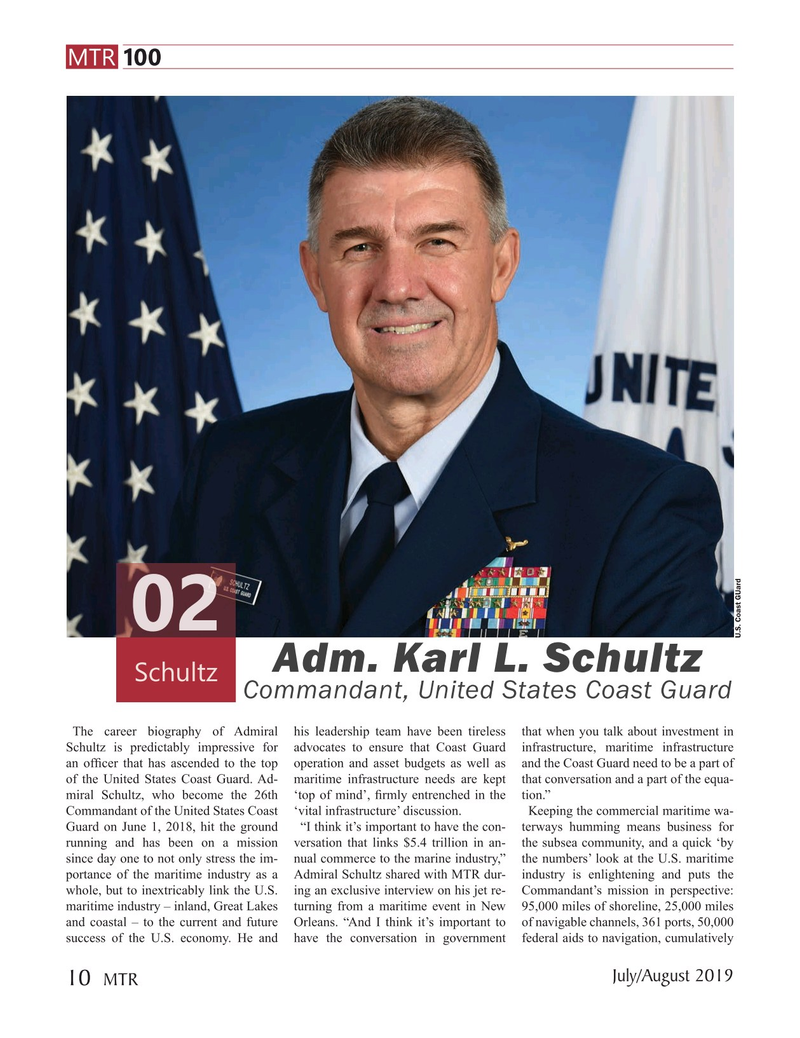 Guard on June 1, 2018, hit the ground “I think it’s important to have the con- terways humming means business for running and has been on a mission versation that links $5.4 trillion in an- the subsea community, and a quick ‘by since day one to not only stress the im- nual commerce to the marine industry,” the numbers’ look at the U.S. maritime portance of the maritime industry as a Admiral Schultz shared with MTR dur- industry is enlightening and puts the whole, but to inextricably link the U.S. ing an exclusive interview on his jet re- Commandant’s mission in perspective: maritime industry – inland, Great Lakes turning from a maritime event in New 95,000 miles of shoreline, 25,000 miles and coastal – to the current and future Orleans. “And I think it’s important to of navigable channels, 361 ports, 50,000 success of the U.S. economy. He and have the conversation in government federal aids to navigation, cumulatively July/August 2019 10