(As published in the April 2013 edition of Marine Technologies - www.seadiscovery.com) 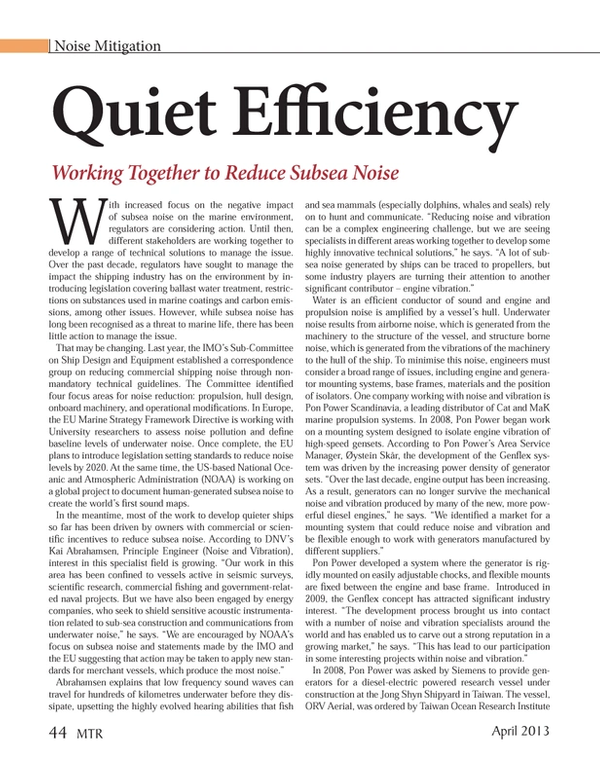 Other stories from April 2013 issue