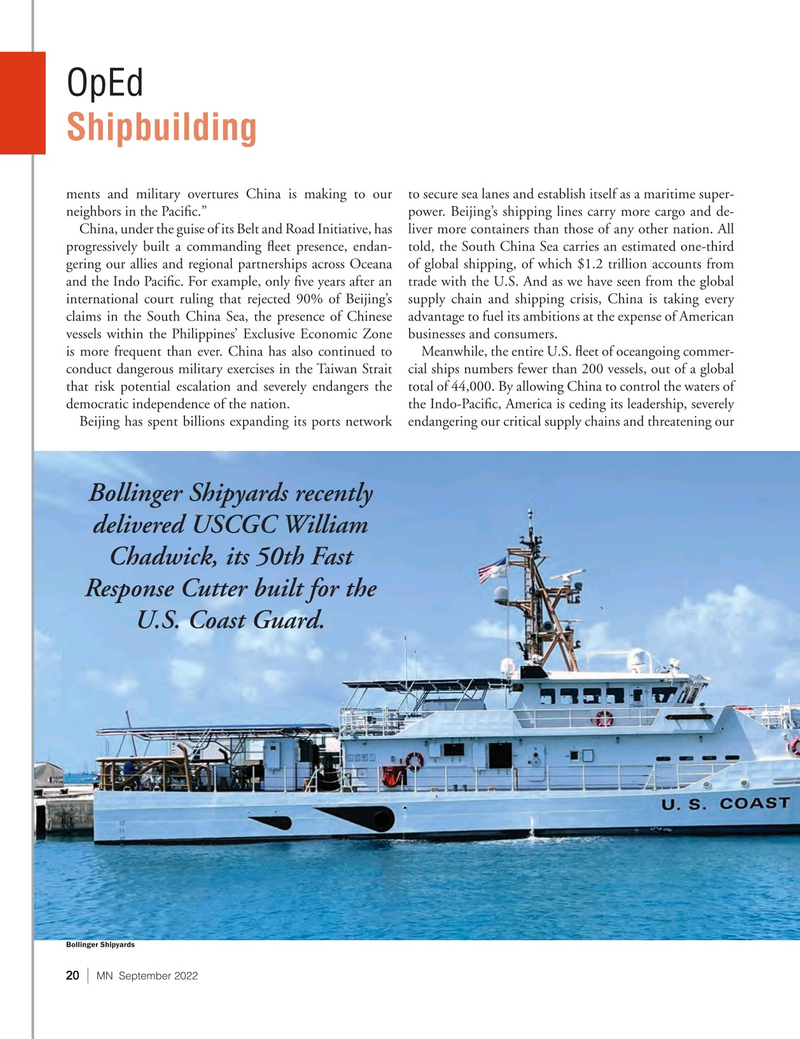 Shipbuilding ments and military overtures China is making to our to secure sea lanes and establish itself as a maritime super- neighbors in the Paci? c.” power. Beijing’s shipping lines carry more cargo and de-

China, under the guise of its Belt and Road Initiative, has liver more containers than those of any other nation. All progressively built a commanding ? eet presence, endan- told, the South China Sea carries an estimated one-third gering our allies and regional partnerships across Oceana of global shipping, of which $1.2 trillion accounts from and the Indo Paci? c. For example, only ? ve years after an trade with the U.S. And as we have seen from the global international court ruling that rejected 90% of Beijing’s supply chain and shipping crisis, China is taking every claims in the South China Sea, the presence of Chinese advantage to fuel its ambitions at the expense of American vessels within the Philippines’ Exclusive Economic Zone businesses and consumers.

is more frequent than ever. China has also continued to Meanwhile, the entire U.S. ? eet of oceangoing commer- conduct dangerous military exercises in the Taiwan Strait cial ships numbers fewer than 200 vessels, out of a global that risk potential escalation and severely endangers the total of 44,000. By allowing China to control the waters of democratic independence of the nation. the Indo-Paci? c, America is ceding its leadership, severely

Response Cutter built for the